I decided to re-do the two-perspective drawing since, apparently, I skipped a one-perspectice drawing. I found the perspective itself to be relatively easy to draw, especially with the use of the plastic picture plane. It essentially becomes tracing. The shading (which was absent from my previous sketch) was more difficult but also interesting. Similarly to the "Adelson's checker shadow illusion", it was hard to determine the correct shade something should be. I used a desk lamp to cast more defined shadows, as you can on the wall and in the top right. 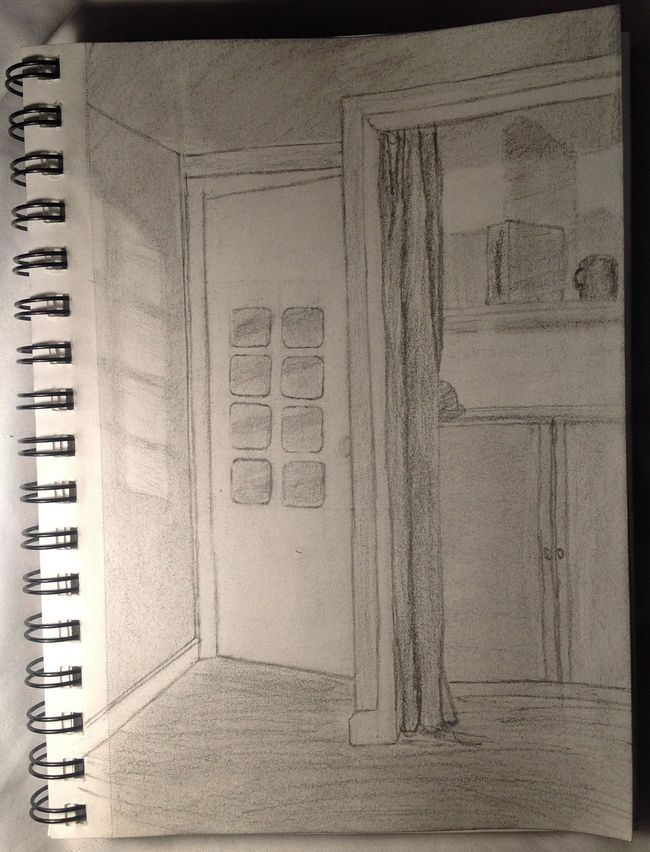